An Introduction to palaeoentomology

Palaeoentomology represents the interface between two huge scientific disciplines: palaeontology – the study of fossils, and entomology – the study of insects. However, fossils rarely feature extensively in books on insects, and likewise, insects rarely feature in books about fossils. Similarly, college or university palaeontology courses rarely have an entomological component and entomology courses do not usually consider the fossil record of insects in any detail. This is not due to a lack of insect fossils. The fossil record of insects is incredibly diverse in terms of taxonomic scope, age range (Devonian to Recent), mode of preservation (amber and rock) and geographical distribution (fossil insects have been recorded from all continents, including Antarctica). In this book the authors aim to help bridge the palaeontology–entomology gap by providing a broadly accessible introduction to some of the best preserved fossil insects from a wide range of deposits from around the globe, many of which are beautifully illustrated by colour photographs. Also covered are insect behaviour and ecology in the fossil record, sub-fossil insects, trace fossils and insect species longevity. Just as insects are useful as ecological indicators today, the same can be expected to be true of the past. Such applications of the insect fossil record are briefly discussed. It is hoped that this book will encourage a few future researchers to enter the fascinating realm of palaeoentomology and to this end there is a section on how to become a palaeoentomologist. However, it is aimed at a much broader audience – those with an interest in fossils and/or insects in general, who will no doubt marvel at the diversity and excellent preservation of the fossils illustrated. 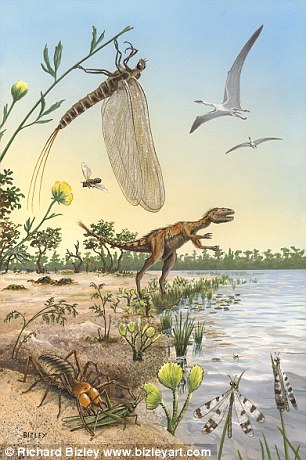