How about this, I just had a 2nd beetle named after me!

This is one of the few times that I exercise my right to brag.Recently there has been a new species of planthopper (Fulgoroidea) discovered in Dominican amber. It is in the genus Thionia - and it has been named after me, Thionia douglundbergi.

This is possibly one of the greatest honors that can be bestowed on an individual.....I am truly humbled (and excited) by this animal being named after me....... 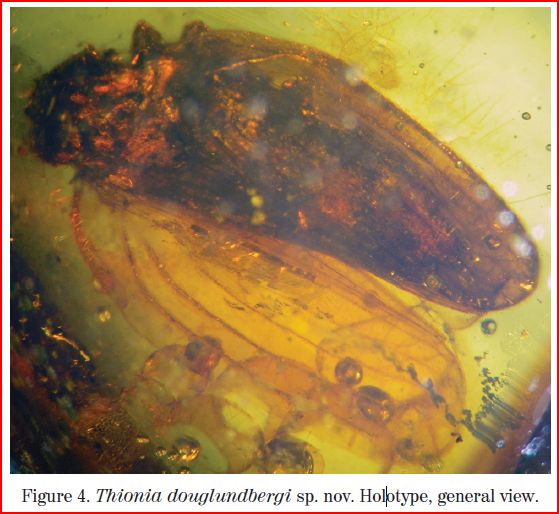 Here is the entire article as a pdf.