For the second time I have been honored with a new species.  This is a soldier beetle, Cantharis dougi.

I have been lucky enough to have 2 species of animals named after me.  This is the second one, published in April 2019.  A good friend and colleague of mine, Janusz Kupryjanowicz named the soldier beetle after me in the article called "New subgenus and three new species of soldier beetles from the Eocene of Baltic amber". 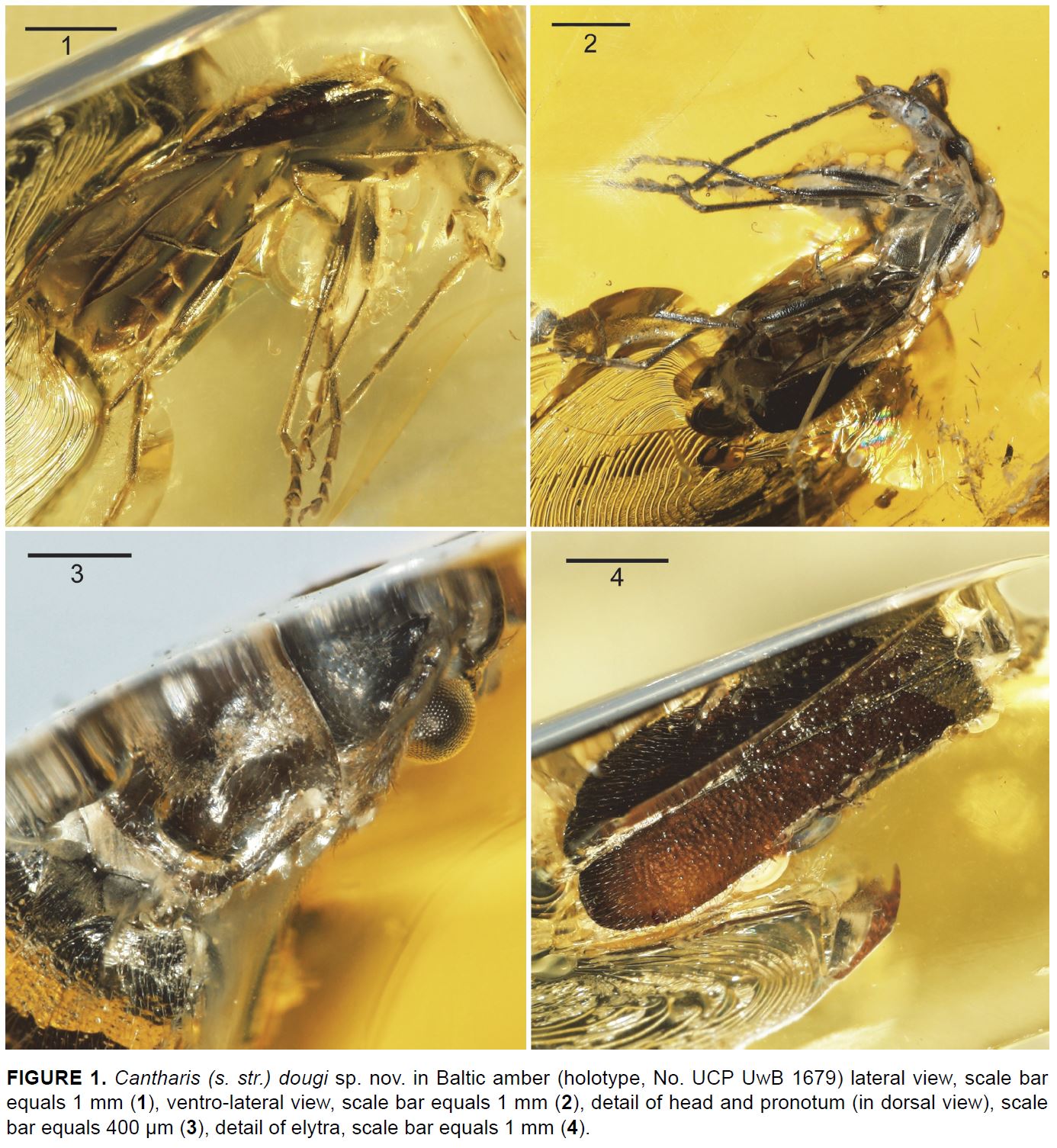 Thie article was been published in the Palaeontologia Electronica
palaeo-electronica.org, April 2019

Here is the entire article as a pdf.