'There are only 50 or 60 amber scorpions in the world today.  The picture below shows a beautiful scorpion. With slightly open pincer and a raised stinger that presents a perfect picture.  It's body is small.  Before mating, the male and female engage their pincers and move back and forth as if dancing.  When the male drops its sperm capsule, the female picks it up and keeps it for fertilization.  The juvenile specimens are often carried on the back of the mothers until they become mature.

This is amber from Mexico, Chiapas amber, Simojovel mines.

Most often, the creatures trapped in the resin are tiny bugs or floral fragments, but an example such as this is considerably rarer. Suspended in the side of this clear, beautifully shaped amber nugget is a scorpion, every detail of its arthropod anatomy is visible, its tail extended with the vicious barb curved around, its tiny jointed legs bent in towards its body, and one of its larger claw legs extended to the side as though in a final despairing gesture as the sticky tree sap covered its helpless body.  I can only see one pincer, my guess is that the other one is not there. 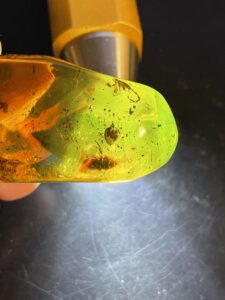 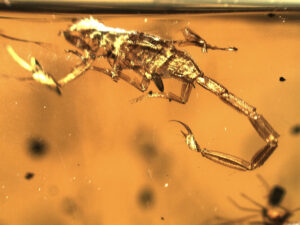 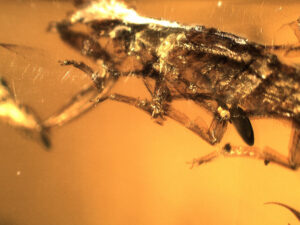 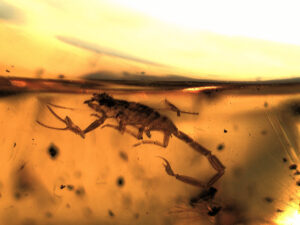 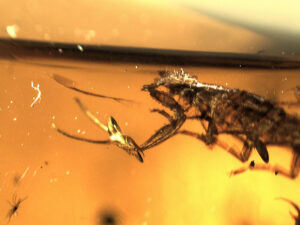 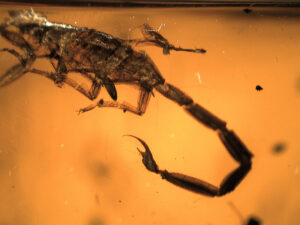 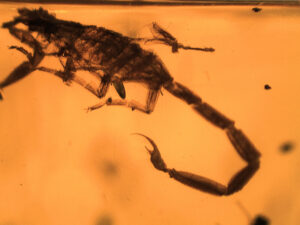 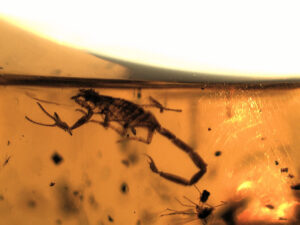 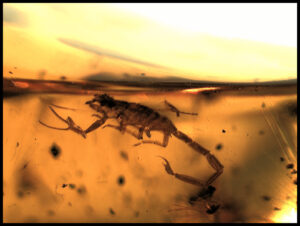 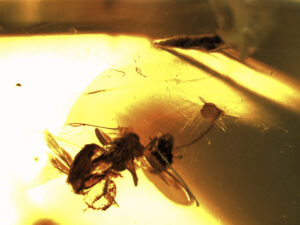 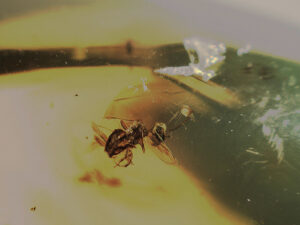 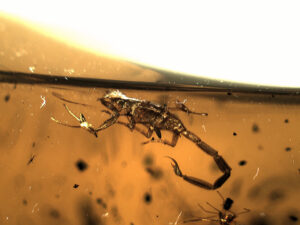 This is a hard to see scorpion because it is on the side.  When I first received the specimen, I had a hard time finding it.  But believe me, it is there and is quite a nice piece - particularly when you consider what it is being sold for. 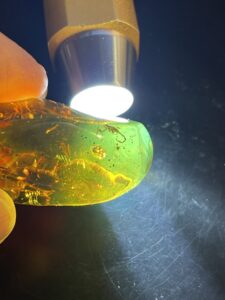 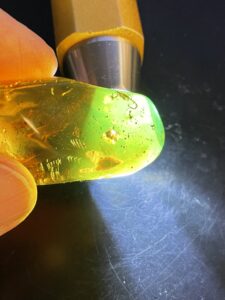 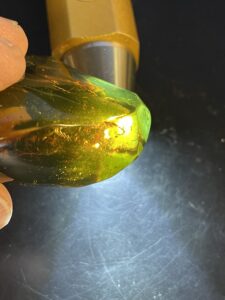 I am including a scanned image of the scorpion.  The scanned image is poor because the piece is so large.  With such a large piece, the scanner to open to a large degree and ambient light gets in and darkens the scan.  The amber is quite nice and it is clear.  There are even some other animals inside, a stingless bee and a few gnats.