From the Mines of the
Dominican Reppublic

Larimar is dug in deep mines straight down for 20 feet or so and then sideways to the larimar veins. It is from these igneous chimneys that the beautiful stone is found. For this reason, it is particularly dangerous work and subject to cave ins and flooding. Getting breathable air down to the bottom of the mine is a difficult task and has taken lives of miners.

Our selection of larimar products is large, we offer here a few of the better specimens. If you check on these prices, you will find that priced to sell. 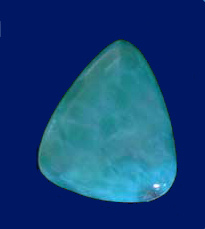