Featured in this listing is one of the most exciting inclusions you can find in Cretaceous amber. A genuine feather trapped in 100 million year old Burmite! It is known that many dinosaurs evolved feathers to keep warm, and later avian dinosaurs (from which modern birds descend) evolved to make use of them in flight. A news article recently featured an entire limb covered in feathers that was discovered in Kachin State in Myanmar. That specimen is no doubt priceless, but this single feather in amber is far more affordable!  While I cannot guarantee that is a feather from a dinosaur, I think it has a chance.  This is not a large feather, but it is a perfect feather. 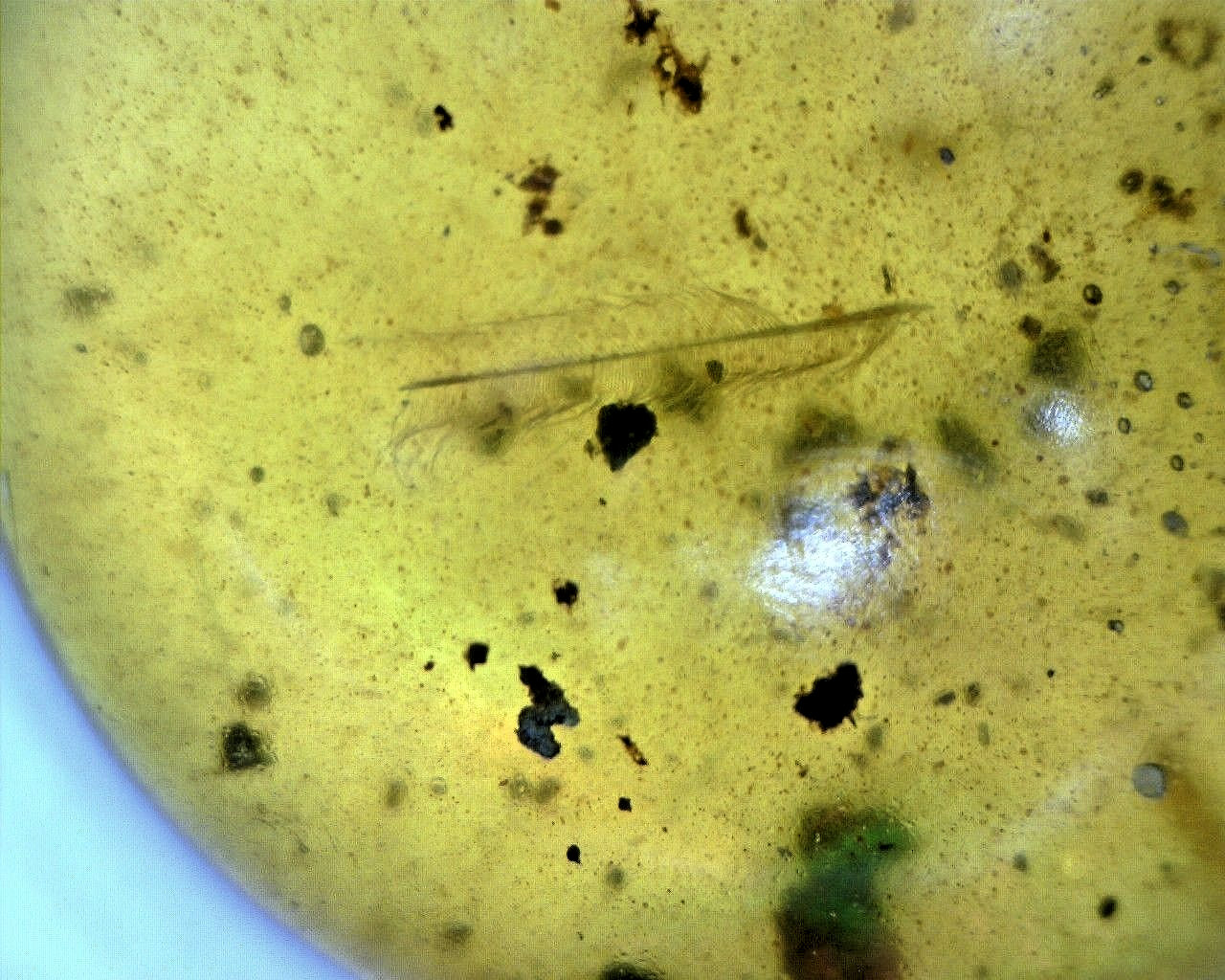 Burmese Amber, or Burmite is a fossilized resin which is believed to have emanated from an extinct species of tropical conifer tree that once grew in the area that is now Burma/Myanmar during the mid to late Cretaceous, between 90-105 million years ago. It has been suggested that these trees came from the Agathis genus, and are therefore related to the Kauri gum tree (Agathis australis) an extant species responsible for the formation of Kauri gum, the famous copal that was once mined extensively in New Zealand for use in varnish. 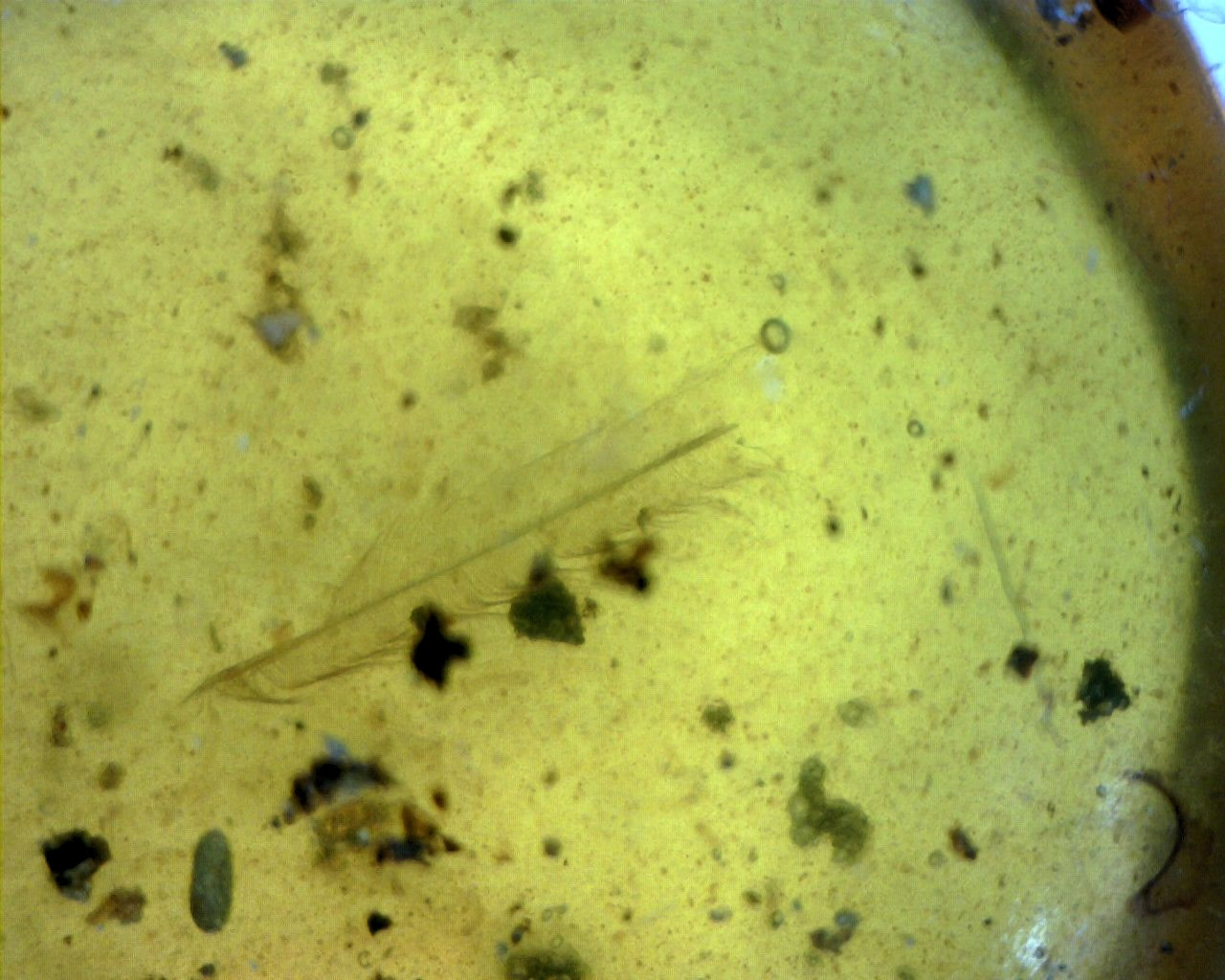 I will not go so far as to say this is a dinosaur feather, but this is the same time frame that both dinosaurs and birds were around. In fact, the recently discovered tail feathers of a dinosaur were discovered in this amber.

The inclusions you see in Burmese amber are older than the Tyrannosaurus Rex, but could well have lived amongst contemporaneous local dinosaurs such as Microceratus, a type of dinosaur that lived in Asia and featured in the film 'Jurassic Park' (and the more recent 'Jurassic World').

The most common types of amber you will find for sale are Baltic and then Dominican amber, both of which were formed long after the Cretaceous-Paleogene extinction event that killed the dinosaurs 65 million years ago.
Finally and maybe one of the coolest things is that this piece has a perfectr shape. It is a cabacheon that is 5/8 inch in diameter (about 15 mm) and 1/4 inch deep. This is the perfect size to us in making a pendant. You could design a beautiful pendant and place this unbeleivable specimen inside it. What a gift - or original production for yourself. You would have either a feather or dinosaur feather handing around your neck. That is a very unusual and unique thought.