Mantids (or mantis) are characterized by a lengthened thorax (chest) and a head that can turn 180 degrees. 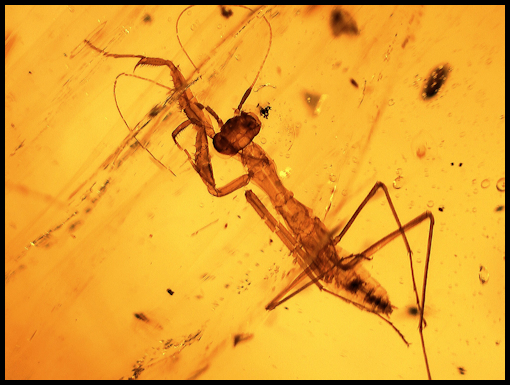 They typically carry their barbed front legs in an attack position. It looks like a praying position, giving them the nick 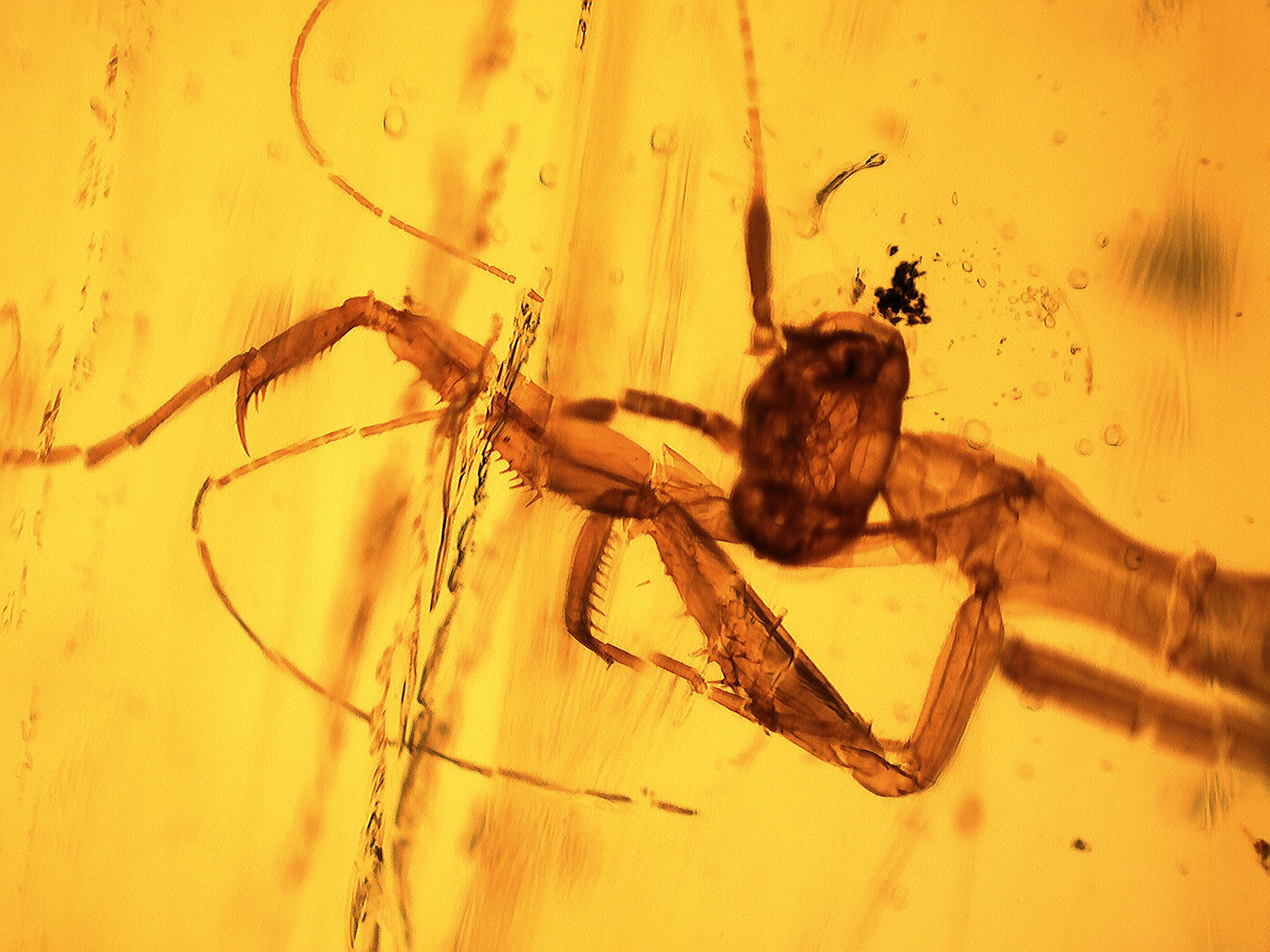 name "praying mantis". They could very well be called the "preying mantis" because they are fierce and fearless, attacking prey insects to small animals like lizards.

The female often devours the make after mating, this also occurs between nymphs. Mantids lay eggs in paper-mache like cases, which, when hardened, protect the eggs from harsh winters and predators. Inside amber, mantids are usually seen in their immature wingless form up to 0.6 inches (15 mm) long.

There is even a cylindrical bark beetle, Coleoptera, family Colydiidae (see picture below) near one side of the amber.

A very clear piece of Chiapas amber containing the rare and highly sought after juvenile mantis - it is as good as they get.  Now, not only is this a superb piece of amber, we are pricing it to sell.  It is not in the normal thousand to two range, we intend to sell it so someone can give this as a Christmas gift, or birthday or just a special occasion.   Usually you cannot even find something like this to buy, much less at the price that we are offering it.

Preying mantis's are very rare and prized by collectors. 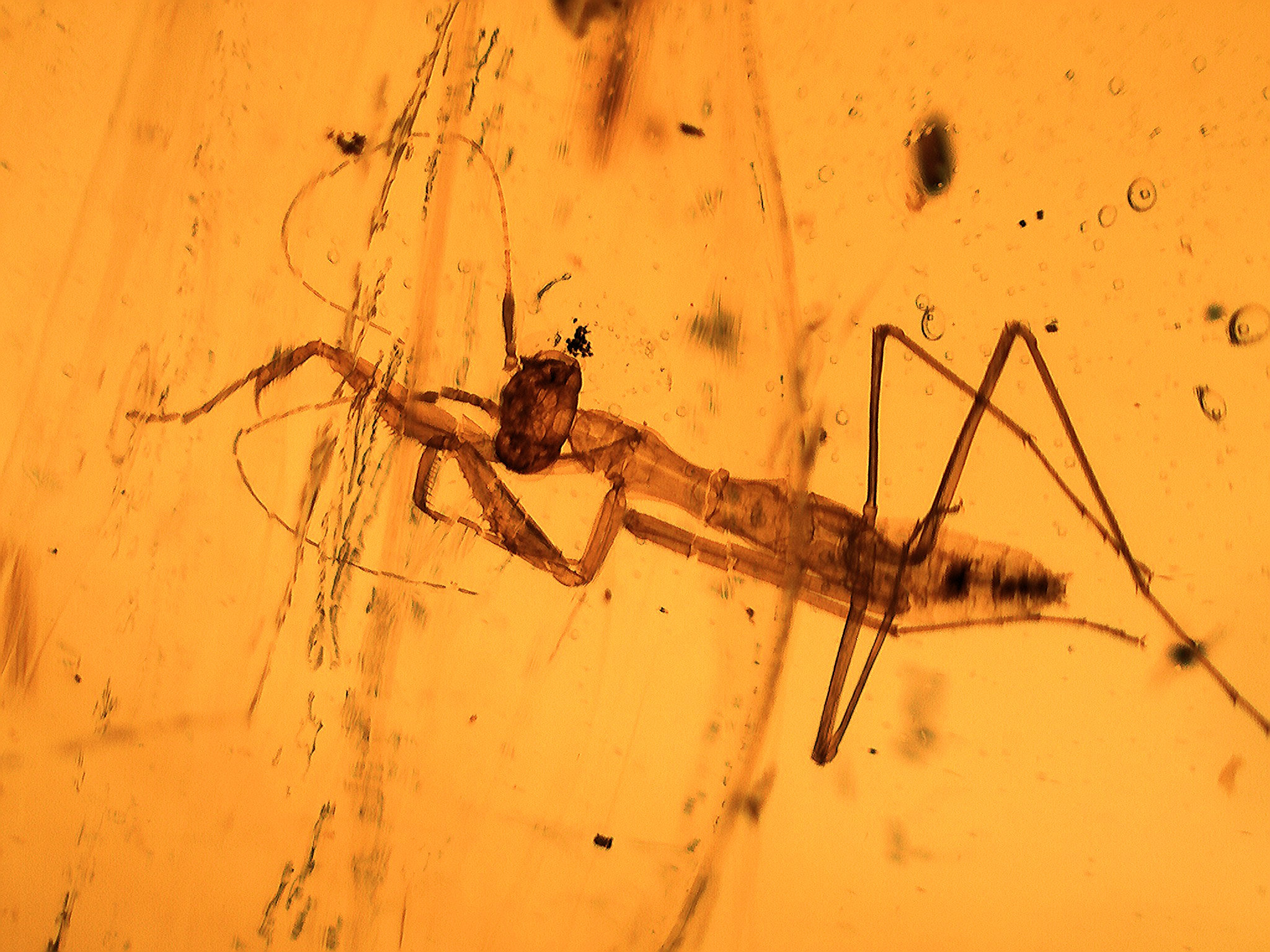 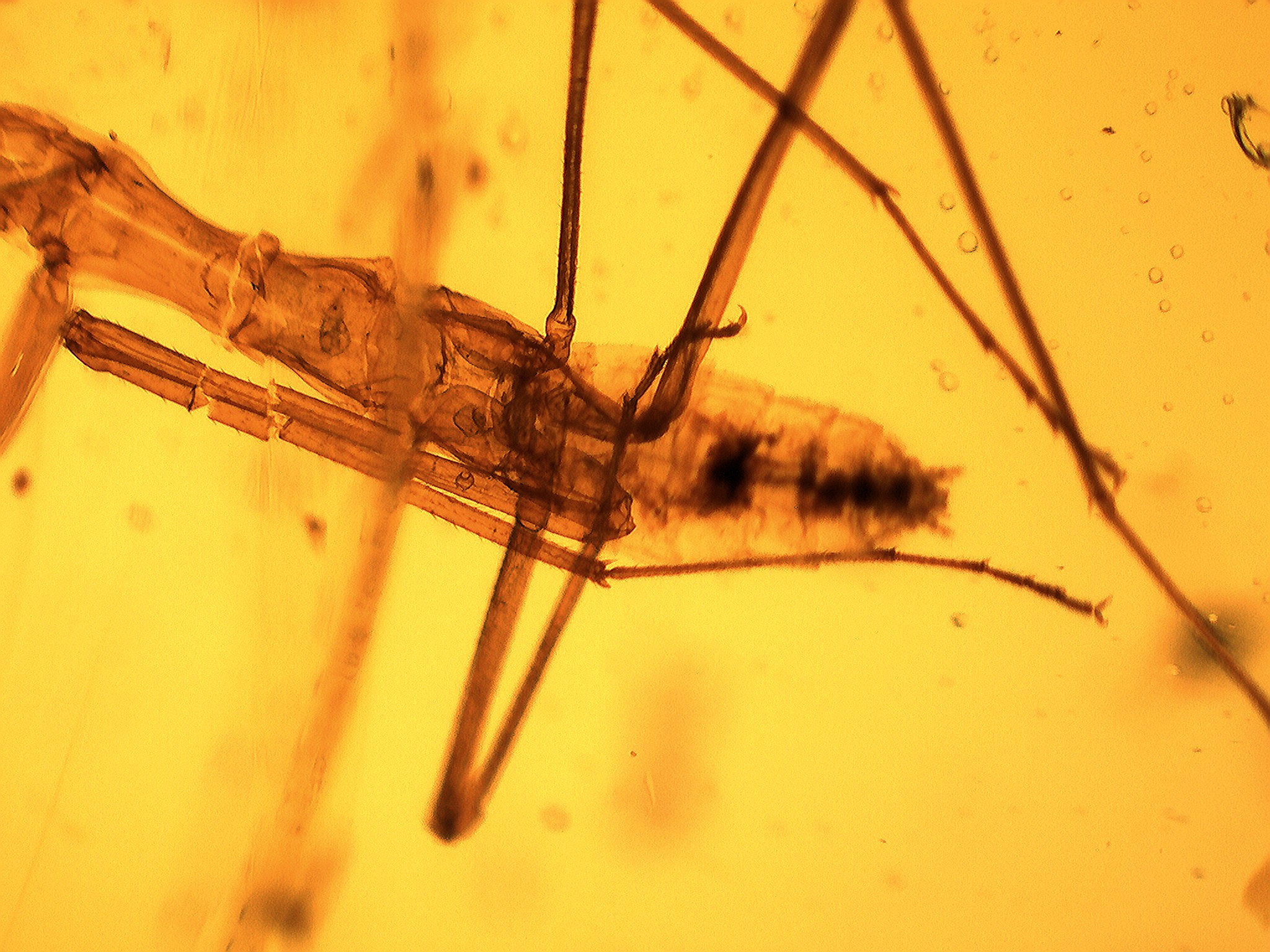 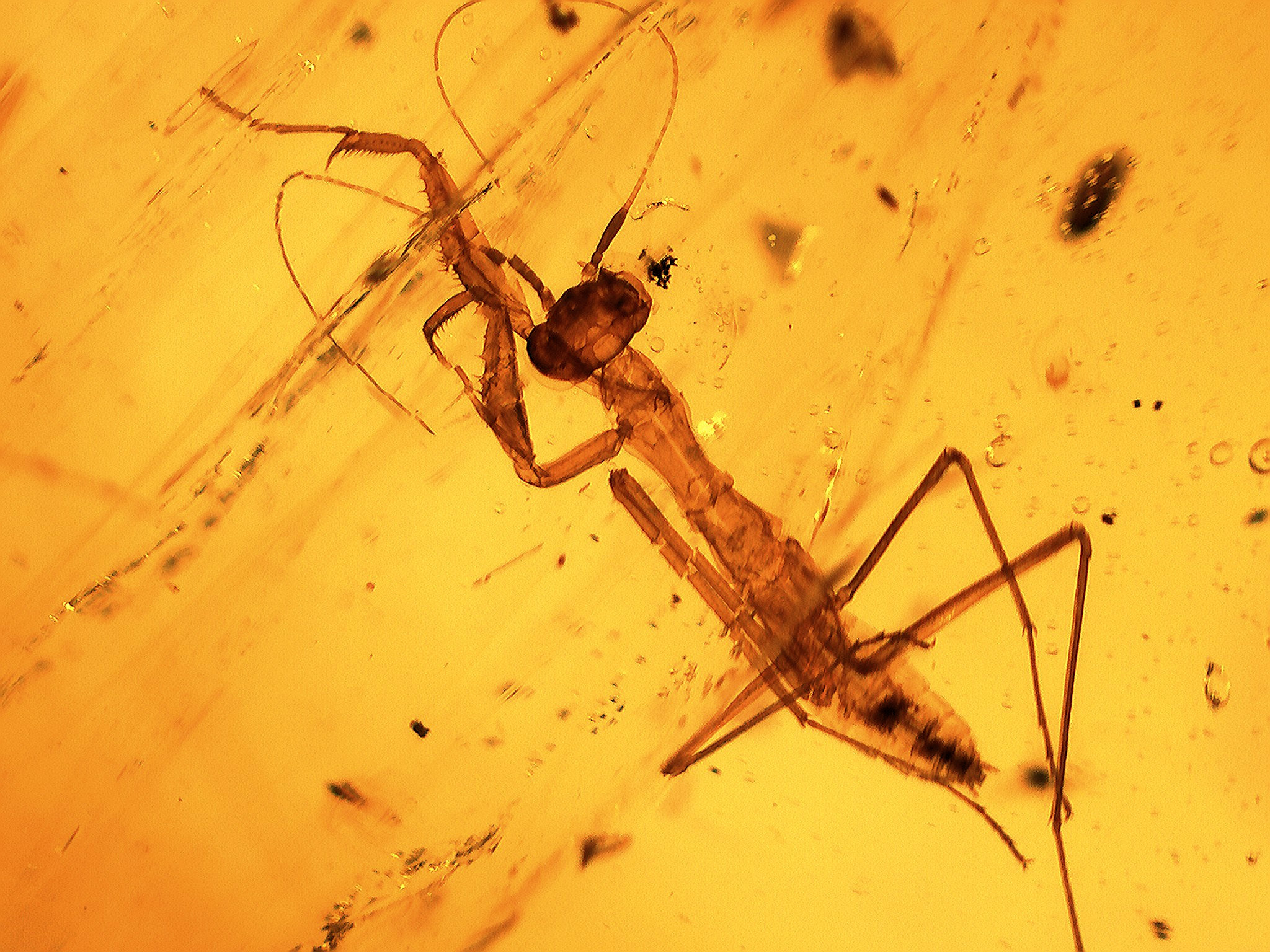 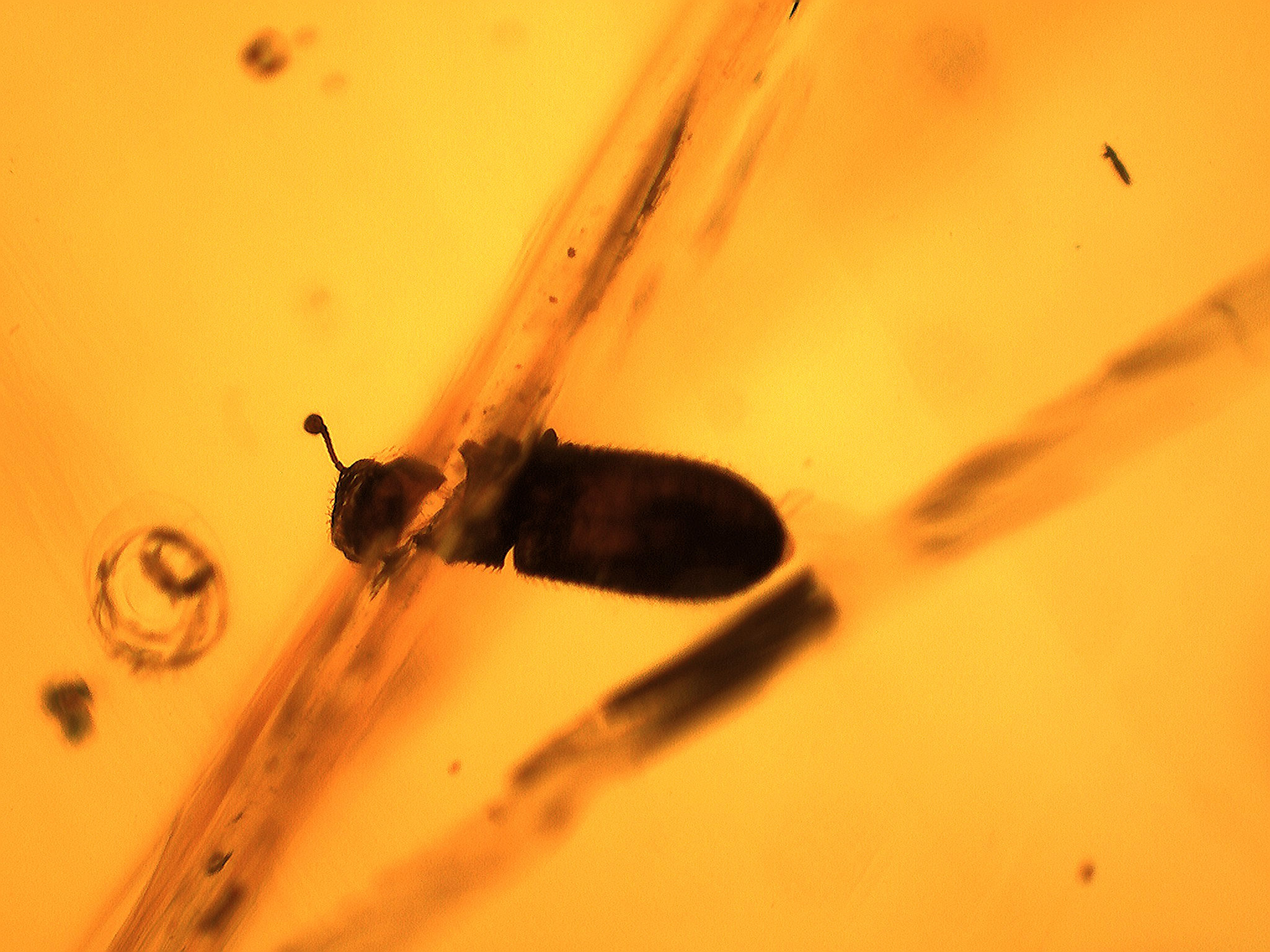 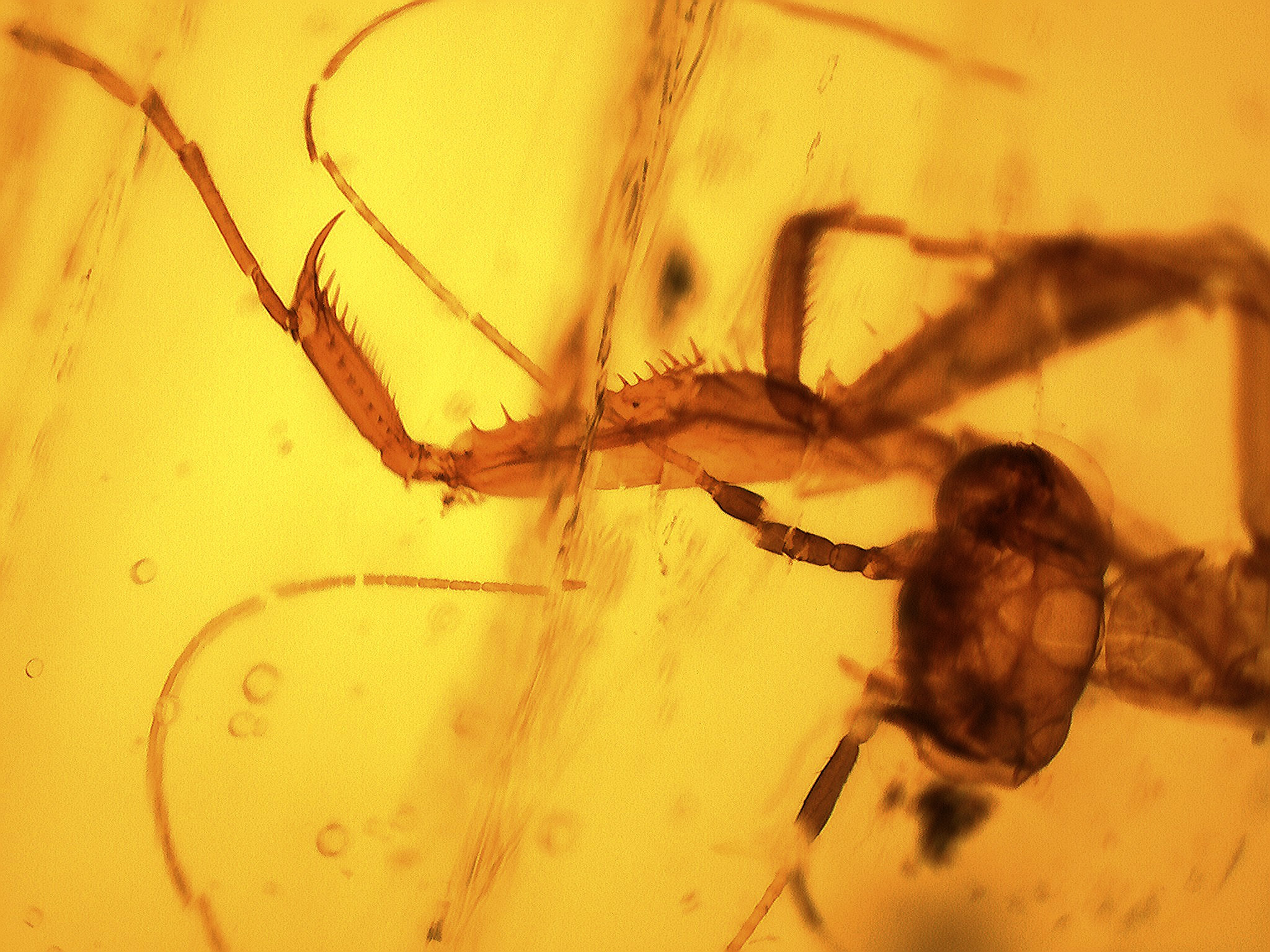 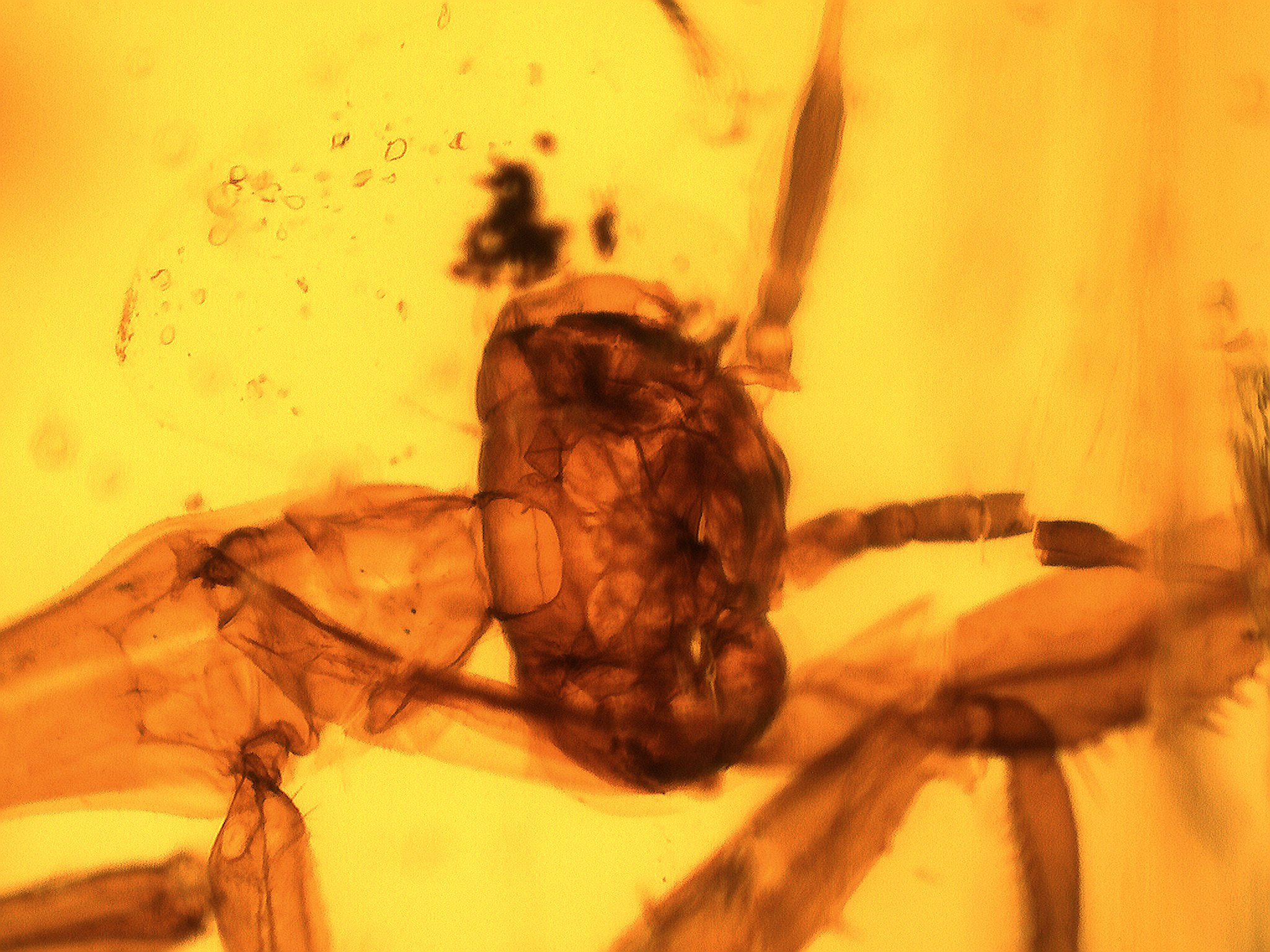 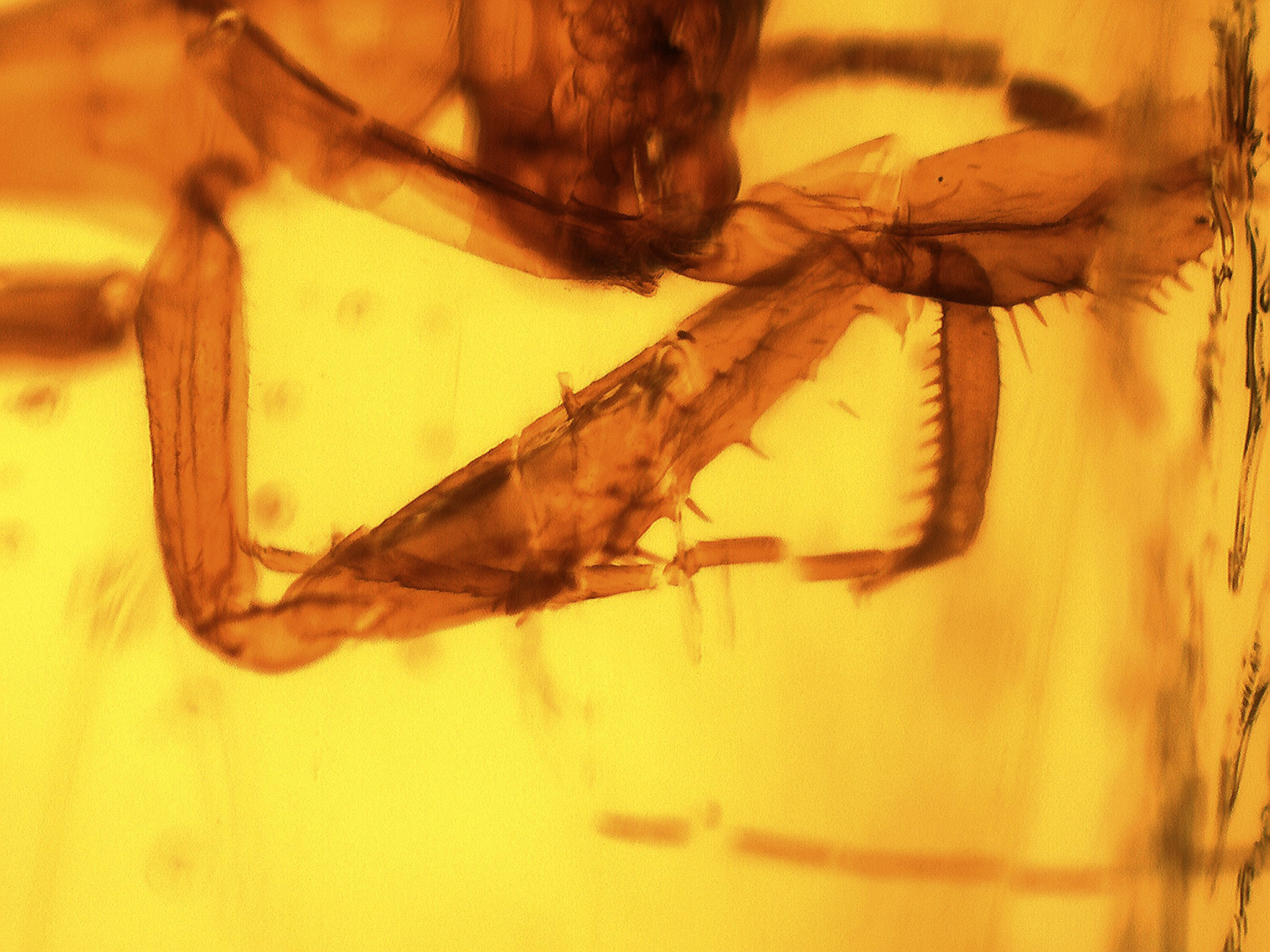 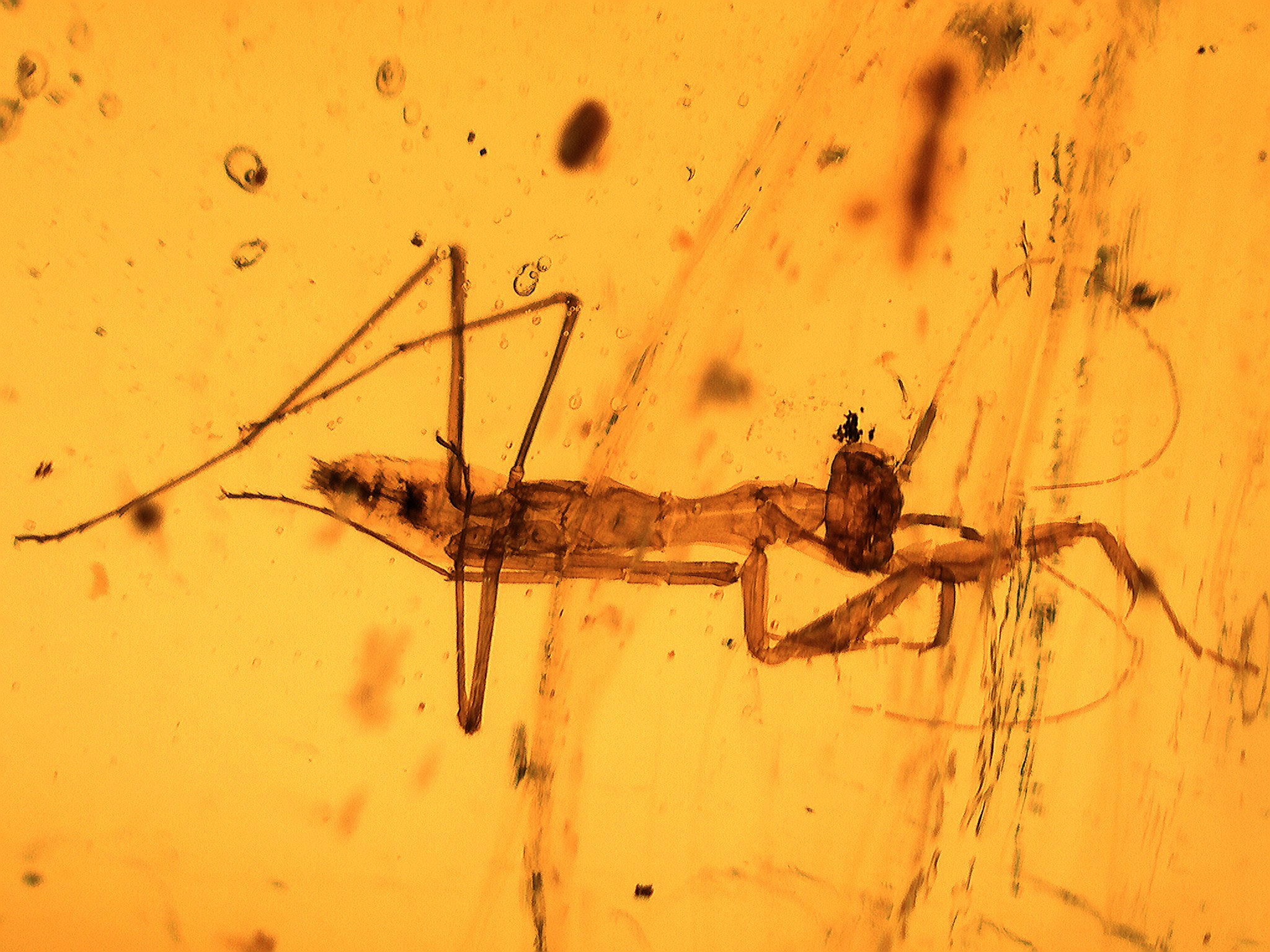 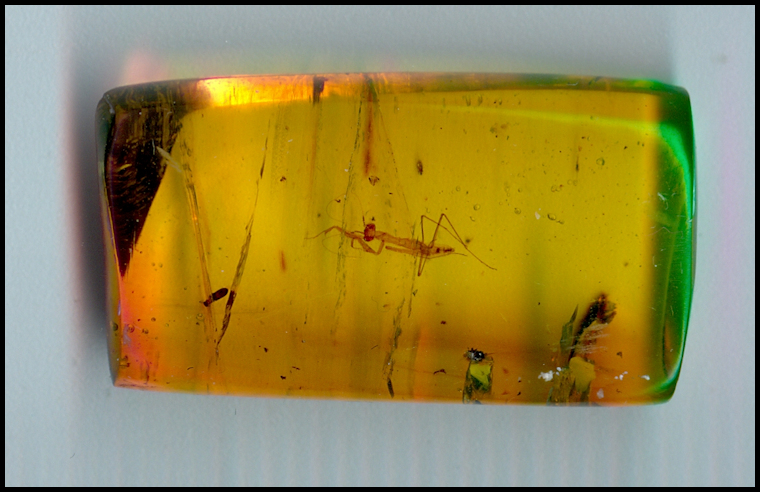